Home About us History and present days

The decision to build Dunamenti Erőmű Power Plant was made in 1959. As a result of intensified industrialisation and the rising number of household appliances, energy demand in Hungary began to rise sharply from the beginning of the decade and supply available at that time was unable to meet this demand. The new plant had to be built in a strategic spot, in close proximity to the capital, next to a river so its water could be used for the operation of the plant. At the same time as Dunamenti Erőmű Power Plant was set up, the Dunai Kőolajipari Vállalat (Danube Oil Company) was also established.

The first part of Dunamenti Erőmű Power Plant was built between 1960 and 1968. This project has greatly assisted the transformation of Százhalombatta from a former village to a modern town. The 4000 to 5000 workers flocked together from all over the country to build the plant. A ‘temporary housing estate’ was built for them, which - over time - has become a quarter of the town in its own right.
Dunamenti Erőmű Power Plant Company was only established in 1962 as the initial phase of the building was run by the Erőmű Beruházási Vállalat or ERBE (Power Plant Investment Company). Seven electricity-producing units were built with linked heat services as well as three Russian made, reheating, condensing units. The electric output of the plant was 581 MW while its heat services output was 370 MW. By the end of the decade DHV employed 750 people.

The second part of the plant, unit DE II. was built between 1970 and 1976. At first, four, 215 MW, oil-gas fired condensation units were built and later on another two, 215 MW units were added. By the end of this capacity extension, the total output of the plant was raised to 1870 MW and the output of the heat services was raised to 975 MW. Considerable progress was also made in the controlling system with the introduction of a microprocessor system that also provided automatic start-up.

The oil crisis of the 1970s was only felt in Hungary with a delay because of the COMECON. From the 1980s, however, due to the drastic rise in prices, Dunamenti Erőmű Power Plant could only be operated economically with decreased capacity - even though, it was originally built as a base load power plant - and coal fired power plants gained greater importance in the country.

After Paks Nuclear Power Plant began its operations, Dunamenti Erőmű Power Plant played an important role in meeting fluctuating demand with the so called peak load and interrupted operation. Utilisation of DHV reached its lowest level in 1990 at 24.21%.

By the end of the communist era, the installations of Dunamenti Erőmű Power Plant were 25 years old and the number of its operating-hours had exceeded the permitted level. There were two options to reconstruct the units or build new, combined cycle gas turbines. In line with the political and economic changes, energy politics underwent a transformation and, based on this, a decision was made in 1989 to take the latter option. The unit, consisting of 2 gas turbines, heat-recovery steam generators and a condensation gas turbine, was built by 1994 and had an output of almost 300 MW while its heat-output was 430 MW.

On 1st January 1992, DHV was changed into a limited company under the name of Dunamenti Erőmű Power Plant Ltd. with MV and ÁV Rt. being the main shareholders. In the 1990s, further improvements were made: the turbine control was modernised in the F unit of the power plant while in unit 13. a dust separator was built to decrease emissions.

The power plant was privatised in 1995 and was sold to the Belgian Electrabel energy company. 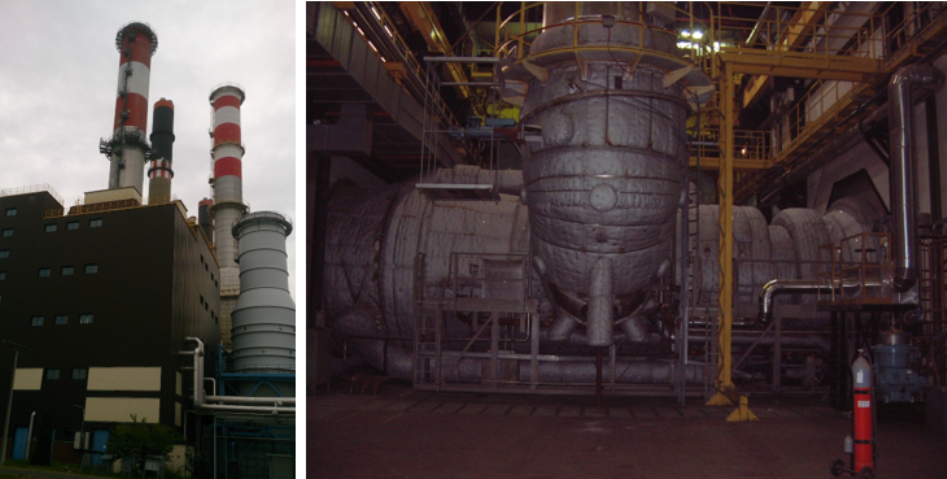 After the developments in the 1990s and the construction of the new combined cycle gas turbine, the dismantling of the decommissioned units and a complete rehabilitation of the area were started at Dunamenti Erőmű Power Plant. The rehabilitation project, which was unique in Hungary, was launched in 2007.

In 2008, the G3-F8 development project was launched with the aim to build a high-efficiency, combined cycle gas turbine combining the advantages of the old and new technology. This project ended in 2011, and therefore, unit G3 has been the most modern gas-based electricity producing installation in the country since 2012. Ever since, it has been the most reliable component in regulating the Hungarian electricity system thanks to its low emission, 56% efficiency and the highest gradient ability in the country.

During the noughties, the GDF Suez group became the majority shareholder in the Belgian Electrabel energy company, which originally bought the power plant in 1995. 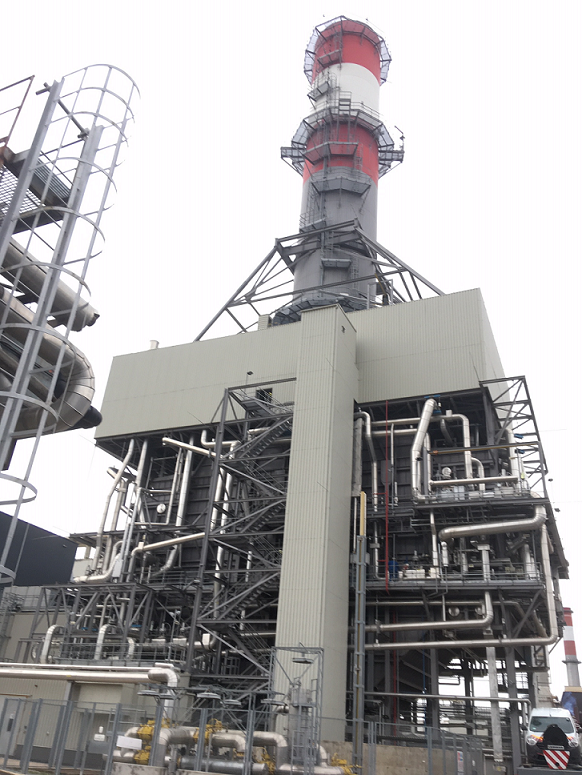 Nowadays, Dunamenti Erőmű Power Plant's main ambition is to provide a secure supply of energy to the country, as well as achieving a viable plant size.

As one of the last steps in the rehabilitation project which started in 2007, the dismantling of unit F was finished in 2018 and the following phase of the work, which is also the last phase, is the demolition of the C6 gas turbine hall.

MET Asset Management Holding AG (formerly known as: MET Power AG), operating as a member of MET Group, bought 24.5% of Dunamenti Erőmű Power Plant and later, from the 1st of July in the same year, became the majority shareholder with 74.8%. It currently owns 74.92%.

The power plant and the town

Our company also plays an important role in supporting the cultural and sporting life of Százhalombatta, and based on a contract of cooperation with the municipality, signed in 2017 – has taken on the responsibility of supporting the cultural life, education and healthy lifestyle of the residents of the town, for example in the area of sport events and development programmes in nursery schools.

Danube Riverside – within the framework of its CSR programme – contributes to the diversification of city life. For years, it has supported one of the most popular events in Százhalombatta, the Batta Days.